Scoring Points in the NFL – The Five Minute Guide

American Football games normally involve fairly high numbers of points and although for newcomers this can be confusing, there are really only five ways to score; which are as follows: 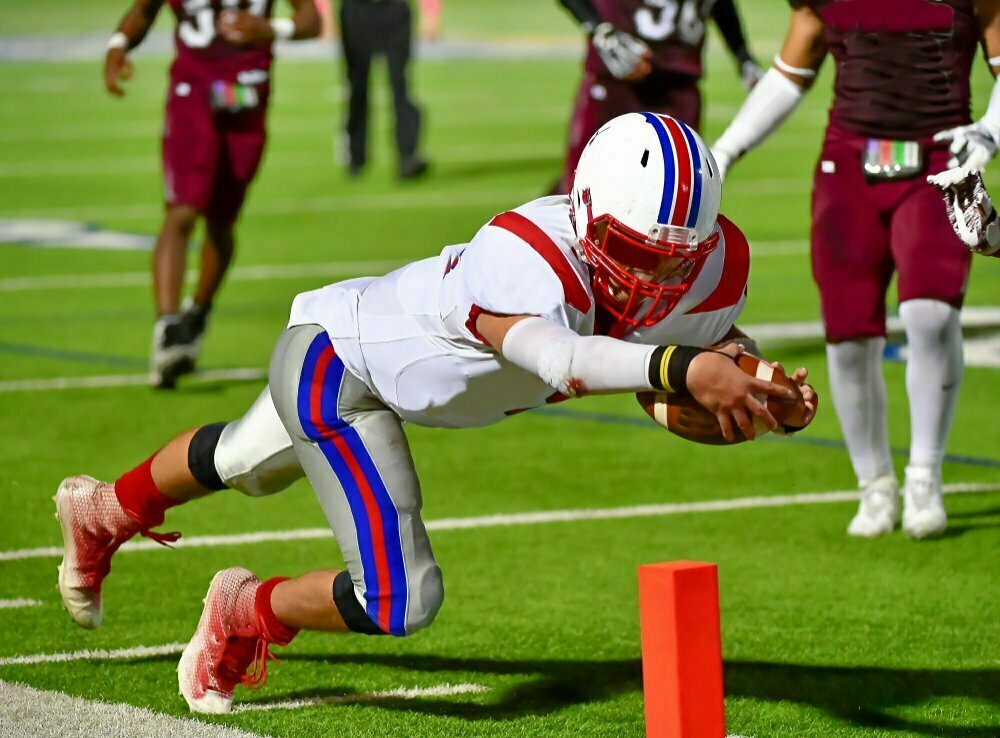 A touchdown is the most common scoring mechanism and is worth 6 points. They are usually scored by the offense, however, the defense and special teams can chip in. The points are earned when a player carries the ball over the vertical plane of the opposing team’s goal line. The pylon (The Orange visual aid used to mark the inside corners of the end-zone) also counts as the plane for scoring purposes.

Unusually in certain instances, two players will be credited with the same score – the player who advances the ball into the end zone (or catches a pass into it) is credited with scoring the touchdown. However, if the touchdown was scored due to a forward pass (normally but not exclusively thrown by another player they are also credited with having scored a passing touchdown. Only 6 points are awarded in either instance.

A defensive touchdown can be scored when either a thrown pass is intercepted and ran back to the opposing end zone by the defense, or if they force a fumble and similarly advance it to the end zone.

Special teams can score a touchdown by running a kickoff, punt or very occasionally a blocked field goal back to the opposing end zone. 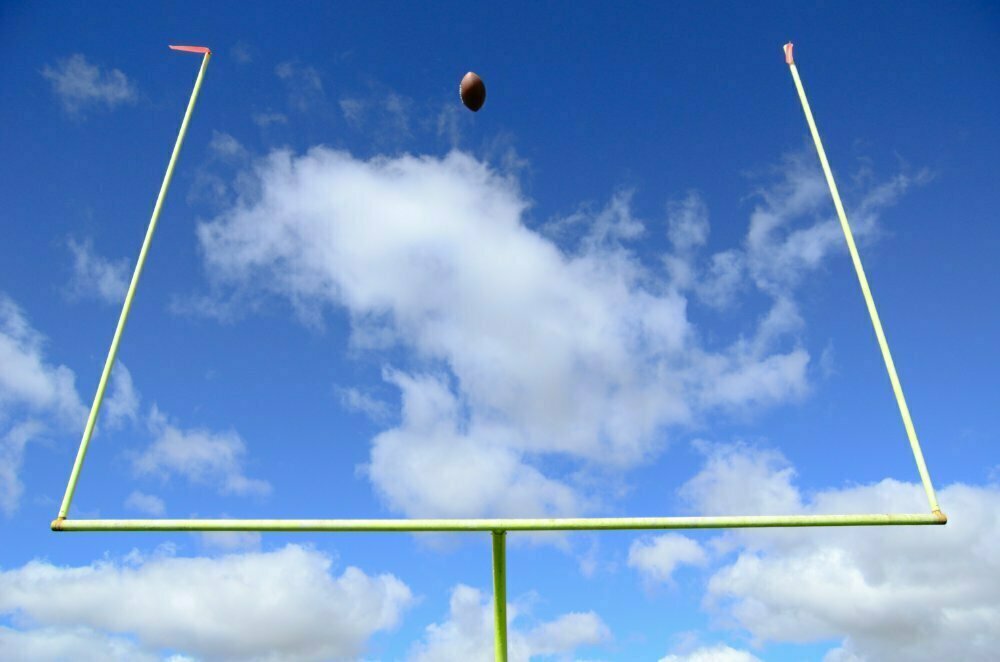 After a Touchdown is scored the team can try to add to the score in two ways, the most common being the extra point attempt or as it is sometimes called “Point After Touchdown” (abbreviated to PAT). This is a kicking play taken from the 15-yard line (making it a 33-yard kick) and the point is awarded if the kicker gets the ball between the uprights and over the crossbar. These used to be chip shots but since 2015 when the kick was moved to the 15-yard line an increasing number have been missed, adding to the drama.

A two-point conversion is scored in a similar way to a Touchdown and in this scenario, the ball is snapped from the 2-yard line and the points scored if the offense gets the ball across the goal plane. The conversion rate on two-point plays is generally below 50% so they are only used in circumstances where gaining one point would not benefit the team. 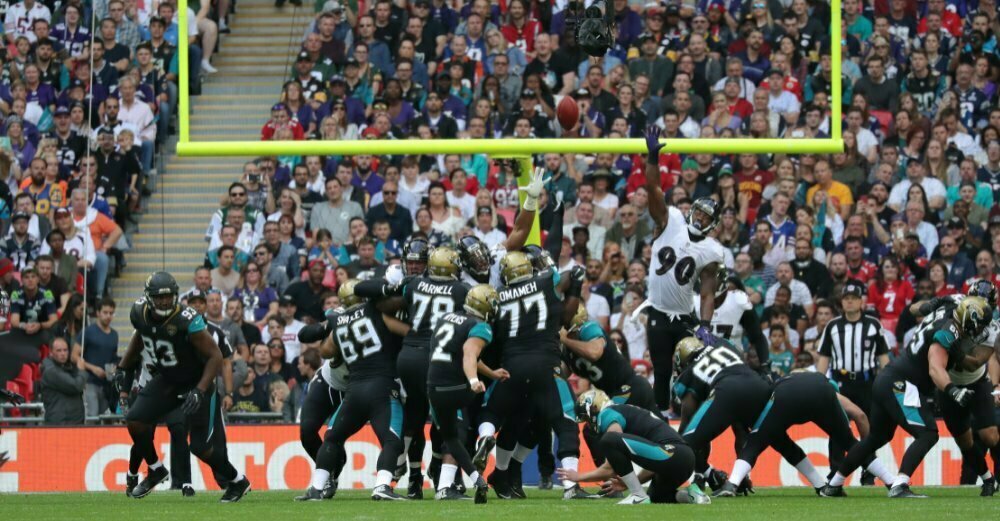 A field goal is scored when the ball is kicked between the goal posts and over the crossbar behind the opponent’s end zone. This is normally attempted from a place kick (where the ball is first snapped to a placeholder, who holds the ball upright ready to be kicked. If successful it scores 3 points and the ball is then kicked off to the opponents. If it is missed, the ball is handed over to the opposing side at the spot of the kick. Theoretically a field goal can be attempted from anywhere on the pitch, however, it is risky given that the opposition will get the ball from the spot of the kick if its missed. Therefore they are rarely attempted from 60 yards or longer – except as a desperation play when time is expiring. The longest Field Goal (at the time of writing was scored by Matt Prater for the Denver Broncos in 2013. Field Goals can also be Drop Kicked however there is no advantage to this and it is rarely seen.

A safety is a defensive score and is worth two points. It is fairly uncommon and arises from the ball becoming dead in the offensive teams own end zone. This normally happens if a player is tackled or goes out of bounds in their own end zone while in possession of the ball. It can also occur if the ball is fumbled and it goes out of bounds or the team on offense commits a foul in its own end zone. The team scoring a safety also gain possession of the ball for the next set of downs.