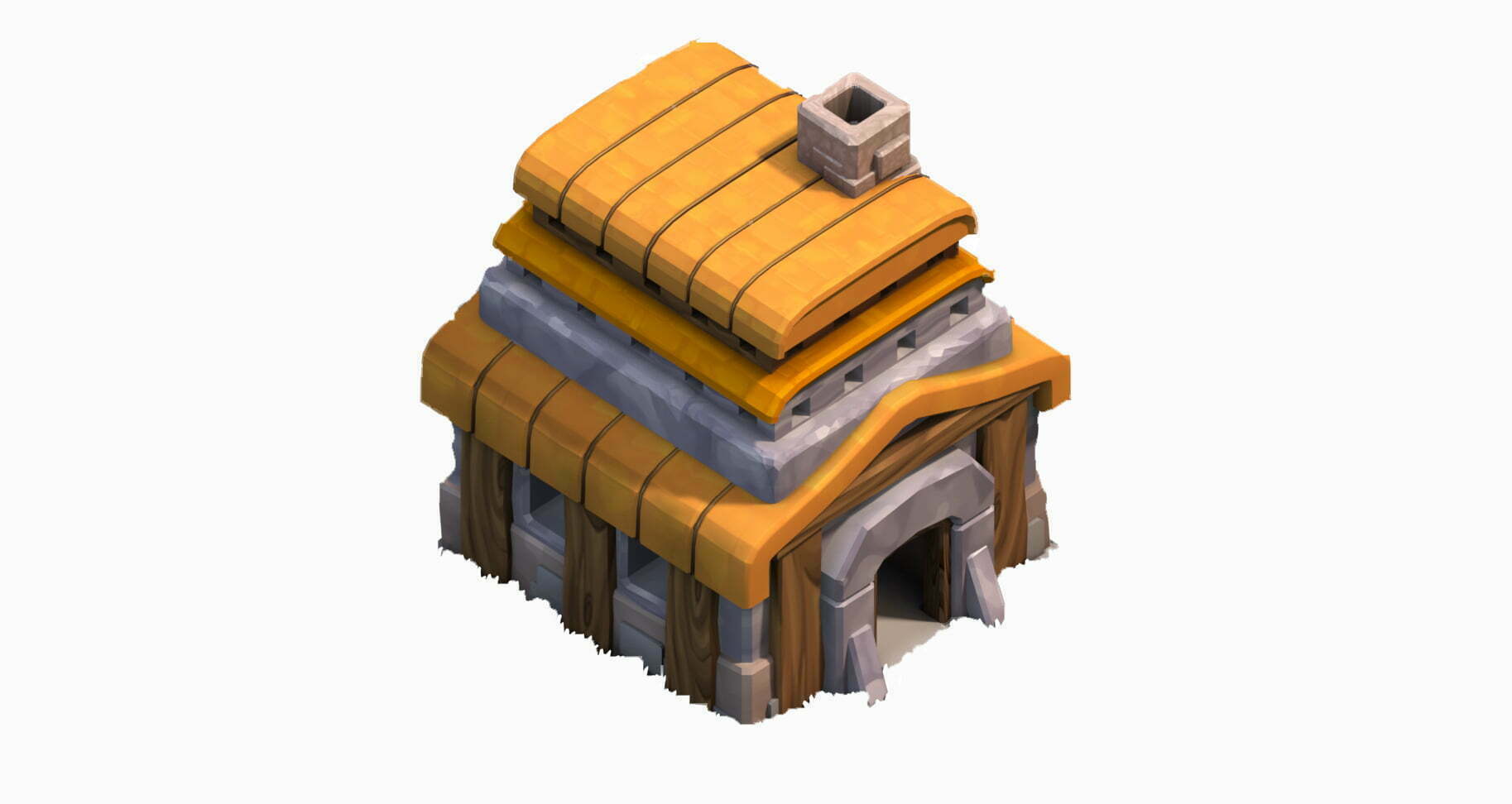 The Town Hall is one of the most important buildings in Clash of Clans. However, the Town Hall needs to be upgraded to be able to unlock other buildings, defences, resources and army camps.

When being attacked by an enemy, if they destroy your Town Hall, then the enemy team is automatically awarded a win and one star. Losing against an enemy raid within the main game will result in deducting trophies. An attacking enemy will also have the opportunity to raid your resources, of which 20% of your elixir, gold and dark elixir are stored within your town hall.

The below table shows the % of Loot available to enemies depending on the difference between town hall levels.

If your Town hall survives, the attacking team can only be awarded a maximum of one star. Therefore defending the town hall is critical. The easiest way to protect the town hall is to centralise it, especially at the lower levels. If you surround the town hall with defences covering air and ground and also resources to slow down Barbarians, Archers and Goblins, this will allow your defences time to cause damage. You can also place traps surrounding your Town hall and the approach to your town hall.

Here are some other little tips to help you. (add your tips in the comments)

Surround the town hall with walls and air defences.

Placing walls around your Town hall will slow down attacking ground troops but will still leave it open to air attacks, so placing air defences, and Archer Towers is also a must. However, don’t go mad with walls surrounding your town hall as you need them for your perimeter defence.

If you create your town with an entrance using walls, you may be able to create a tunnel for the attacking team to enter. This tunnel can be converted into a Killzone using several defences and traps.

Nobody puts Town Hall in a Corner.

Don’t think that putting your town hall at the edge of the map will help. The enemy can spawn on the dark green grass over the edge of the allowed building area. Placing your Town hall here will ensure its quick destruction.

Levelling up the Town Hall

Storage Capacity of the Town Hall