The Fall of Boris Johnson… 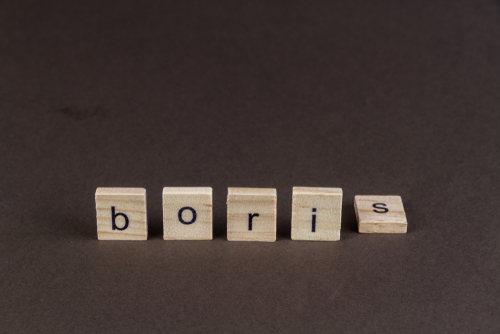 Boris Johnson has recently been replaced and now will no longer be in charge of the UK as acting Prime Minister. He was first appointed as Prime Minister back in 2019 as the Leader of the Conservative Party. He recently decided to resign due to some issues he had in recent years, due to Covid-19 and rules that were in place during the time of 2020 to 2021. There were a lot of promises and a lot of chances that could have made the UK better, however with what happened, there was no going back to a leader. This is the fall of the previous PM: Boris Johnson.

Boris Johnson started his job back in 2019, he was considered the best out of the bunch that was there and started taking the leadership role very seriously. Starting his role by wanting to build more hospitals for everyone and even promising a lot of stuff that didn’t happen straight away. 2019 for Boris Johnson was okay, to say the least, however, the years from here were the reason why he went down.

The fall started in 2020, March 2020 to be exact. Covid-19 was the virus that was taking over the world and there was no way to stop the infectious virus from spreading. Starting in Wuhan, China, and coming into Europe with force. With a lot of health experts saying this is a pandemic. Covid-19 was in the UK for some time before Boris Johnson put the nation into lockdown, to try and prevent the virus from getting worse and worse. 5000 cases a day were recorded, to begin with. Boris Johnson wanted the UK to stay indoors for 6 months before reopening places again, which ended up affecting the UK even more with more and more cases happening. More than 5000 cases were recorded and this number was rising up and up, however, after a while, there was no way of being able to stop the virus from spreading, however later down the line… Boris Johnson’s secrets were uncovered.

According to sources, images, and more throughout the lockdown, Boris and his team in the No 10 Downing Street offices were conducting parties during the lockdown rules period. The rule stated that there would be no social gatherings due to Covid-19 spreading and more, however, Boris Johnson decided to have them anyway.

This caused a massive outbreak of people judging Boris Johnson, however instead of owning up to them, he lied to the public before being found out in a report conducted by Sue Grey. This report managed to uncover more parties throughout the lockdown time, meaning Boris Johnson broke the law at that time and there was a massive uproar by the public after this.

Some members of the public told Johnson to step down, even MPs were telling the PM at the time to step down, however, he carried on and apologized for his mistakes, however, this was pointless as everyone was wanting him to resign as PM. A couple of months went by after the reports and the fines were given to Boris and the people at Downing Street, which a lot of people were happy with at the time, however, MPs and members of the public were still judging Boris Johnson due to the laws broken and many people started to think twice before listening to him anymore. This started to make him think again about Johnson’s PM position.

After a while of trying to get back on track, back into plans, and more… He then decided to resign from his position as Prime Minister due to the uproar that happened from the lockdown parties that happened.

Fines, issues, lies, and more were the downfall of Boris Johnson and his time as PM, here is a look at what he achieved as PM!

Not only did things go wrong after he found out about the parties, but there was also a massive increase in the country’s debt when he was appointed as PM.

This was maybe the right decision for Boris Johnson.

Working at Five Minutes Spare, Testing all the new features for all of our fans and upcoming fans to use and allow people to see the best of the best instead of broken features.
View Profile | View all posts by Scotty ✅
Boris Johnson Departs Downing Street!
Covid-19 in the UK!