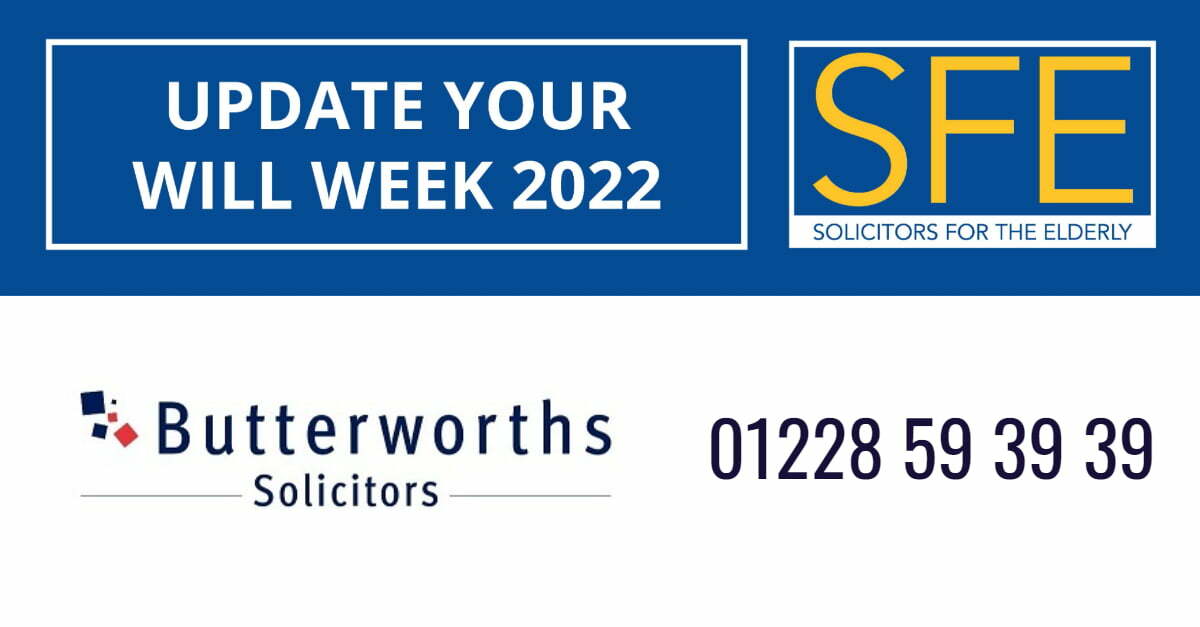 Research commissioned by SFE has revealed that almost half (45%) of people living in the North of England who have a will haven’t updated it for more than five years, meaning nearly half of wills made in the area are likely to be out-of-date. Of those, over a third (34%) haven’t updated it for over 7 years, and over a fifth (22%) haven’t dusted it off in more than a decade.

Having an up-to-date and well-drafted will is crucial in ensuring your wishes are carried out in the way you’d like when you die.

This year, SFE, a membership body representing over 1,600 solicitors specialising in working with older and vulnerable people, has launched “Update Your Will Week” (28th March – 3rd April) in a bid to raise awareness of the importance of updating your will regularly.

Kathryn recommends that a will be reviewed and updated every five years, or when a major change in your life occurs that impacts you or your loved ones, such as divorce, marriage, new birth or even death in the family. SFE’s research has revealed that almost a third (31%) of people in the north with a will have had significant changes to their lives and circumstances since they drafted it.

Kathryn has warned that an unchecked and outdated will could cause severe implications for your loved ones after death – including missed inheritances and higher inheritance tax fees: “Many people assume that once you have drafted a will you don’t ever have to review it, and that your wishes will be carried out as you wish them to be posthumously – but unfortunately, that’s far from true.

“If you remarry, for example, your will gets revoked. Or if you marry into a family and have stepchildren that you’d like to inherit your assets – this won’t happen automatically unless you stipulate it in a new will. All these details are crucial to avoid family disputes – which we know can be very distressing for your loved ones.”

In fact, SFE’s research revealed that:

The findings have also revealed that 59% of people in the North don’t have a will in place at all – a worryingly steep figure. Kathryn has highlighted that one in ten British families (11%) have been caught out by a ‘bad will’ – a will that is out of date or badly drafted – for example missing out on inheritance or their childhood home being sold without their knowledge.