We all love a great FA Cup fairy tale, especially those that involve a good cup run by a Non-League club. However, does anyone outside of the fan base of the clubs involved in giant-killing tie remember anything of the event years later? Well, why not try our quiz on the Nine teams who have made the 5th round since the 1940s and find out.

The Nine Non-League Clubs Who Have Made the FA Cup 5th Round Post War:

If you’ve enjoyed our football quiz why not try out more of our other sports and general knowledge quizzes at Five Minutes Spare. And, while you’re looking around why not sign up and join the Five Minute Spare growing community? It’s free to join and is likely to come with some decent rewards in the near future! 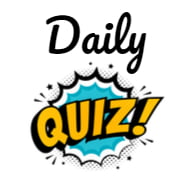