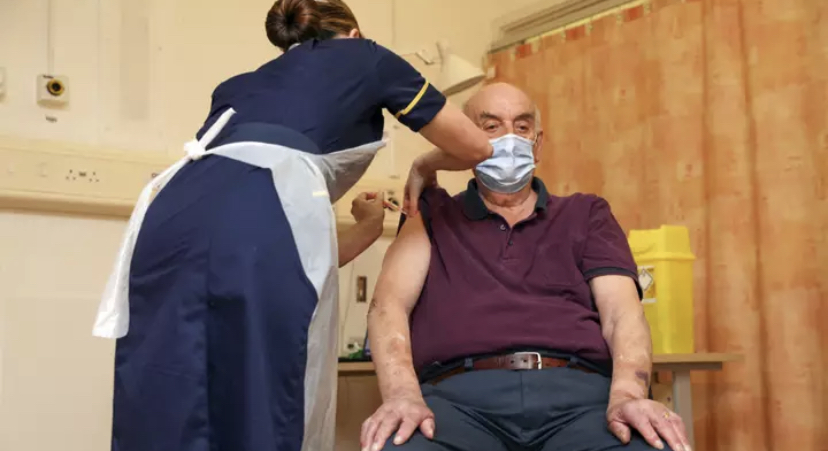 An 82 year old man in the UK has received his first jab for the Oxford vaccine today.

He is the first member of the public to do so outside of trials, and it was fittingly administered from a hospital in Oxford today too.

82 year old Brian Pinker, who is also a dialysis patient from Oxford, was administered the vaccine this morning by Nurse Sam Foster.

Regarding the jab, Pinker had this to say: “I am so pleased to be getting the Covid vaccine today and really proud that it is one that was invented in Oxford.

“The nurses, doctors and staff today have all been brilliant and I can now really look forward to celebrating my 48th wedding anniversary with my wife Shirley later this year.”

Sam Foster, Chief Nursing Officer at Oxford University Hospitals NHS Foundation Trust, and the Nurse who administered the historic jab, added: “It was a real privilege to be able to deliver the first Oxford vaccine at the Churchill Hospital here in Oxford, just a few hundred metres from where it was developed.

“We look forward to vaccinating many more patients and health and care staff with the Oxford vaccine in the coming weeks which will make a huge difference to people living in the communities we serve and the staff who care for them in our hospitals.”

There are around 100 million more doses of the Oxford vaccine to go around, which means we have the vaccination capability of around 50 million people from the Oxford jabs alone. This works out as 2 jabs per person, 12 weeks apart.

The vaccine, which was tested on thousands of people last year, will continue to be rolled out over the coming months, starting with the vulnerable and care staff.