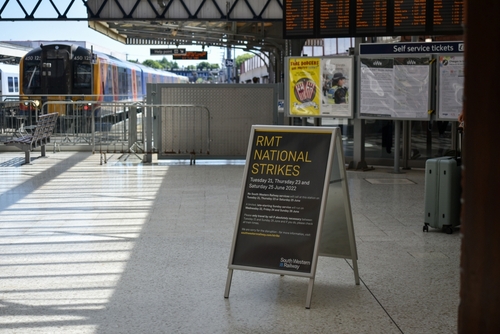 If anyone has plans to go somewhere on Christmas Eve, make sure to check in advance. RMT has announced that they will be doing a train strike from the 24th of December till the 27th of December.

Workers of the biggest rail union, known as RMT, will walk out from 6 pm on the 24th of December until the 27th of December as the row over pay and conditions escalates.

This new train strike could affect many people traveling during Christmas time, including restaurants and bars.

The union has advised workers to not take the new rail pay offer. This strike will affect a lot of people during Christmas time, this will take a lot of time to sort out and people will complain.

hi
View Profile | View all posts by Scotty ✅
Employees can ask for flexible working from day one
Ambulance Staff to go on Strike!