Man Who Paid For Full Contact “Experience” Mauled By Leopard 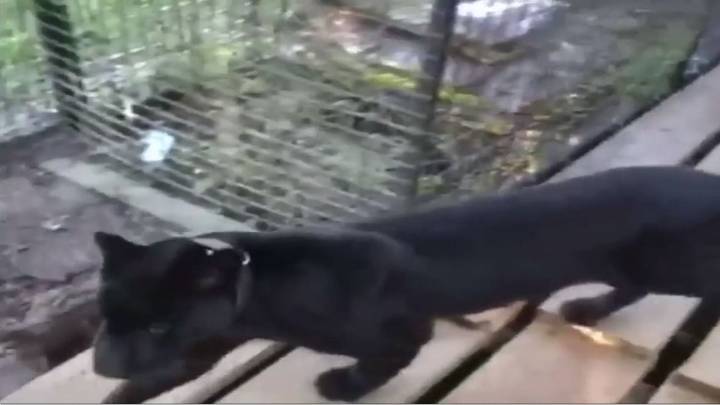 A man has been left severely injured after he was mauled by a wild cat he paid for a full contact experience with.

Local news reported that Dwight Turner, 50, needed multiple surgeries to recover from the attack, after he paid $150 for a full contact, rub and touch experience with a black Leopard.

The Florida Fish and Wildlife Conservation (FWC) Commission said Dwights scalp was ‘hanging from his head and his right ear was torn in half,’ and he spent a week in hospital after the attack according to his attorney.

50 year old Michael Poggi, The owner of the leopard, has since been charged with allowing full contact with an extremely dangerous animal and was also cited for maintaining captive wildlife in unsafe conditions.

Nick Atwood, a member of the Animal Rights Foundation Of Florida, said: “It is far too common for small zoos and quasi-sanctuaries in Florida to sell photo ops, play sessions or other ‘interactions’ with exotic animals. Both people and animals are put in harm’s way when the public comes into direct contact with captive wild animals.”

He condemned the owners actions, and saying it was irresponsible, and the owner of the cat endangered the animals and guests life by keeping it in such unsafe conditions.