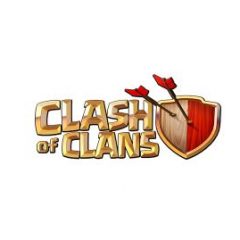 Last activity was active 7 months ago

A Community for the fans of Clash of Clans. Fan-created guides of troops and buildings, plus strategy guides. Catch up on the latest news, watch Clan-A-Rama, recruit for your clan and a place for just general chat.

This material is unofficial and is not endorsed by Supercell. For more information see Supercell’s Fan Content Policy: http://www.supercell.com/fan-content-policy

Keeping a Mobile game up to date with new features and challenges without editing its core principles and design can be a minefield.

Stuart of the developers has addressed this in a news update released on the 18th of May 2022 where he states;

I’m Stuart the Game Lead of Clash of Clans. Darian hasn’t managed to lure me on screen yet (I’m camera-shy) so this is your first time hearing from me. I thought it’d be a good time to share some thoughts from the team about the game and our future plans.

As you’ve just seen, with the recent update we see Clash of Clans as having three distinct parts to it, all with their own particular gameplay elements and meaning. Let’s discuss each in turn!

At its core Clash of Clans is a game about building and battling. Also Clans are so important that they’re in the game’s name, even if they couldn’t actually clash until Clan Wars came a while later.

With Clan Capital we really wanted to give Clans something to build together and introduce new gameplay that would really up the sense of battling together.

In Clan Capital it’s important that every Clan member can play and feel valued, something that’s gotten harder in the Home Village with more Town Hall levels and a wider spread of power between players. We chose a mix of existing troops and defenses from the Home Village and Builder Base and new elements to make something that felt fresh but still part of Clash. Similarly in the gameplay features we wanted the right mix of old and new.

We hope to settle into a regular pattern of bringing new Districts and gameplay elements to the Capital. We also have a number of features already in mind and we’re of course excited to hear from you all what things you think would make the Capital even more fun.

The Home Village is and always will be the heart of Clash. It’s got incredibly deep and fun gameplay and ten years of content. So many different kinds of Clashers play the Home Village: from super-skilled hyper-competitive players who think up the most complex base layouts and then make it look easy to triple them, to players just getting in their farming attacks at their own pace to keep upgrading their village. We think about all kinds of players in our updates and try to make sure there’s something for everybody.

One of the biggest challenges we see with the Home Village is its complexity. It is daunting for new players to learn how to play well and really see all the fun that the game has to offer. If you’ve got friends, especially real-life ones, it’s a bit easier. We think there’s more we can do here so new players can learn faster and enjoy the game more, with help from you experienced Clashers!

For a while we’ve been aiming for a length of about 18 months between introducing new Town Hall levels. We think this is the right pace of adding new upgrade levels that gives most late-game players enough things to do without adding so many levels that they lose meaning and lower-level players feel it’s impossible to catch up. We will keep adding more to play with in the Home Village so it gets even deeper and stays feeling fresh for years to come.

Builder Base was meant as a faster, more tightly-focused place to play in than the Home Village. Somewhere you could quickly get a challenge and have to think on your feet. Early on you can see that with how you can place traps carefully and really mess someone up when you’re watching their attack against you. Every troop you drop feels important too.

We believe the Builder Base needs a radical overhaul to live up its initial promise and goals. There is a lot of cool stuff in the Builder Base and we are going to figure out a clear gameplay identity for it. One that more people enjoy on its own and are excited to see get added to over time. We don’t want it to be something people engage with only to get benefits for their Home Village. This is one of the biggest challenges on our team’s todo list and we’re excited about it. Working on the Clan Capital has taught us that we can make bigger gameplay changes and still feel part of Clash of Clans.

Our aim is that all three of these parts are really fun to play and regularly updated with cool new features and gameplay elements. We’d love for you all to enjoy all of them but it’s totally ok if you don’t. We’ll keep improving them for those that do and making Clash better update by update.

I’ve been on the Clash of Clans team for four and a half years and now is definitely the most exciting time for the game. It is an honor and a privilege for all of us on the team to work on this incredible game for all of you players.