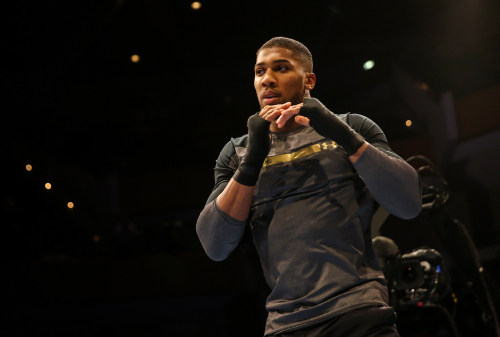 A fight between two great fighters is in the making. A fight that decides all and a fight that will determine the outcome of the next bout! Oleksandr Usyk could be facing Anthony Joshua for the undisputed heavyweight championship!

Eddie Hearn of matchroom boxing has confirmed that this fight is on but the time and location has not been determined as of yet! For this fight to happen, both teams need to negotiate a deal that will help them both proceed and to help each fighter have their time to train which is why the talks are taking so long.

Usyk has been training in Poland after being able to leave Ukraine to train for his fight as he confirmed this recently. Who will win this contest?

Working at Five Minutes Spare, Testing all the new features for all of our fans and upcoming fans to use and allow people to see the best of the best instead of broken features.
View Profile | View all posts by Scotty ✅
KSI Training for Next Fight!
Joshua Buatsi Says he is “Ready”!