Man “Nibbled” By Alligator Pal Whilst On Holiday 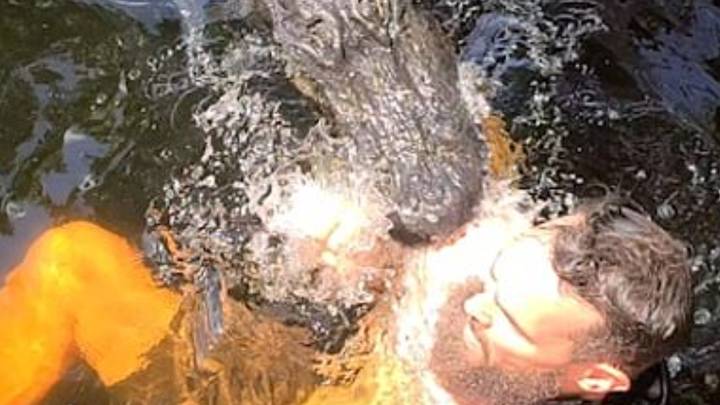 A man was “nibbled” by an alligator friend he was swimming with in Florida. This picture makes it look worse than it is.

John Braje was taking a dip in Miami Lakes when the 13ft gator approached him. He’d met the gator a few times previously, and posted this particular encounter on Facebook.

“Thinks just because he’s bigger than me, that he could bully me!!!

“Haha no hard feelings though. He was just displaying dominance or maybe even just curious.

The comments mainly consisted of people commenting on how calm John stayed – despite an alligator chewing on him – and the bravery of the guy who stayed in the water with the hungry alligator!

John continued: “I’ve had plenty of interaction with him in the past. I think maybe because there were a lot of people around, he felt he needed to display dominance but normally he’s really chill.

“IF he wanted more, he could have got it. That’s my buddy.”

You can view the video below!