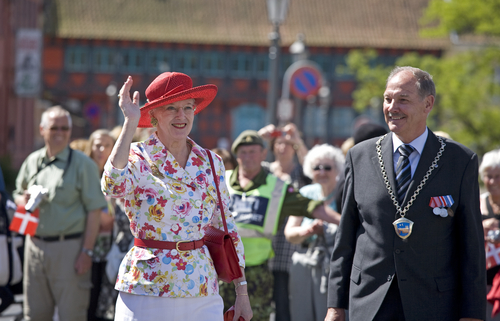 Queen Margrethe II has had to cancel all of her appointments this week after being diagnosed with Covid-19 on Tuesday evening.

The 82-year-old Queen was one of 2,000 guests that attended the funeral of Queen Elizabeth II on Monday.

She is Europe’s longest-serving head of state following the British monarch’s death.

It is known that Queen Margrethe II and Queen Elizabeth II were third cousins, meaning they were both descended from someone and that someone is Queen Victoria. Working at Five Minutes Spare, Testing all the new features for all of our fans and upcoming fans to use and allow people to see the best of the best instead of broken features.
View Profile | View all posts by Scotty ✅
Inflation pushes UK debt interest costs to August record
The fake sex chats fuelled by an elaborate scam