The Scottish League Two will welcome another new arrival this season in the shape of last seasons Highland League Champions Cove Rangers who beat Berwick in the Pyramid Playoff Final. Like last seasons promoted side The standard of football is not massively higher and there is a fair chance that they will be competing for a second successive promotion.  Anyway, this is how we see the teams finishing in 2020.

Cove swept all before them last season not only winning the Highland League Title for the second successive year, but they also lifted the Highland League Cup. They made short work of Berwick Rangers in the playoff final and under new manager, Paul Hartley look like the team to beat. A couple of their veteran players have departed but they have strengthened the squad with the addition of several players with league experience including Fraser Fyvie who won a Scottish Cup and promotion to the Premier League with Hibs in 2016 & 2017. If he is fully recovered from injury he could be a revelation at this level.

The warriors are a bit of a yo-yo team Promoted in 2017-18 but relegated back down again last season via the playoffs. There has been a fair bit of turnover in the squad, however, the core of the squad remains and the experience of the has two seasons should stand them in good stead for a promotion challenge.
Queen’s Park

Annan has been a league club for over ten seasons now and are yet to get out of the fourth tier. However, they finished a credible fourth last year. The squad additions are mainly younger, but they have added a bit of experience with Kyle Wilkie who scored 7 goals in 33 games from Midfield last season. If the young player’s gel and or one turns out to be a star in the making they should go close again.

Another recent addition to the division and a playoff team from last season also. New Signing Alex Harris from York City should add a bit in midfield and they have held onto 6’4″ striker Blair Henderson who is a prolific scorer at this level.  They should figure in the playoffs again this year.

Best of The Rest

We think there could be a bit of a gap between the top four and the rest headed by:

Manager Kevin Rutiewicz had a busy close season bringing in 15 free transfers to take his squad to 23 players. Once they get to know each other’s names they should be ok but some gelling time will be needed. May get off to a slow start which will hamper their chances of going up.

Another season of wholesale changes to the squad and the uncertainty of where the club is going following the sale of Hampden is no recipe for anything but mediocrity.  Hard to tell how they will perform with all the new faces mid-table looks like their ceiling though.

Manager Kevin Harper worked wonders after joining mid-season last year in guiding them to 9th and so avoiding the dreaded playoff final. He has had time to evaluate his squad and has brought in a nice mix of youth and experience. A bit of improvement is possible but they don’t look like being in the top half.

The Blue Brazilian had a couple of close calls in the playoff final so last season was a blessed relief for a side who were in the Scottish Championship for a couple of seasons between 2013 & 2015. Another season of consolidation looks likely before they seek to try for promotion again.

Elgin joined the SFL in 2000-01 and have never finished higher than 4th in this division in all those years. sadly for their supporters, it doesn’t look like being 20th time lucky either. They may be playoff-bound if they start as badly as they ended last season

Brechin has not had a good couple of years finishing bottom of the Championship and then bottom of Scottish League One. Two consecutive wooden spoons will have drained the clubs confidence, and 18 new arrivals from a squad of 20 means manager Barry Smith has his hands full trying to work out his first eleven.  An unwanted hat trick could be on the cards. 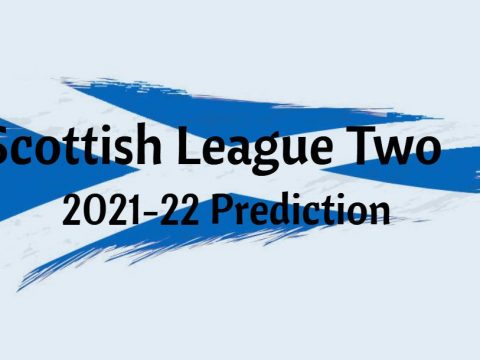