Police Urges to put an End to School Shootings! 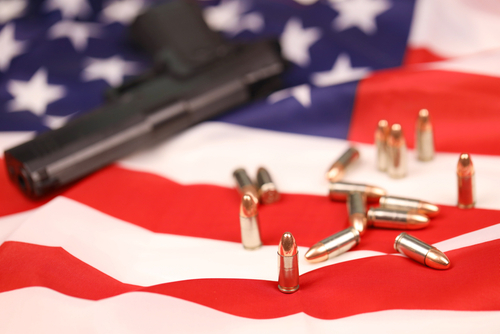 Recently, the US saw another terrible massacre, a teenage boy, 18 years old reportedly showed his guns online to then go to a primary school and shoot as many kids as he could have. Killing 19 children in total and 2 teachers in the process.

The Police were at the scene of the crime trying to stop the shooting from happening, however, they were only able to save a certain amount of kids as the 18-year-old locked himself into a room and started shooting as much as he could. Guns in the US are a massive problem, with a lot of shootings happening a year, even some in certain areas of the US. There should be something done about this problem as, since the beginning of the gun law, there have been a lot of shootings that have taken place.

With this happening, the Police have stated they are going to try and put an end to gun violence! Most noticeable are the shootings in school. This should never happen and more than likely shouldn’t be a thing, however, some police will take action and maybe the president of the US will take action too.

Working at Five Minutes Spare, Testing all the new features for all of our fans and upcoming fans to use and allow people to see the best of the best instead of broken features.
View Profile | View all posts by Scotty ✅
UK energy bills to be cut by hundreds as part of £10bn support package
Kate moss testifies on Johnny depp trial!